It is very likely that you have come across the term “correlation”. It’s a connection between two phenomena, variables. But it’s often the case that the authors of various theories misinterpret the causality. Sometimes it is an unintentional mistake caused by misinterpretation of the data, but sometimes also by deliberate misleading to create a sensation.

As a simple case of actual correlation, let us indicate the actual temperature in the room you are in, and your comfort or discomfort. If you are dressed for 25 °C and the room temperature drops to -25 °C, you will feel extremely uncomfortable. If the temperature rises to 50 °C, it would also not feel good to be in there. So there is a clearly defined relationship between the feeling of comfort, discomfort and the actual temperature in the room. If we wanted to, we could also display this relationship in graphical form – it would certainly not be a linear function. We could go to extremes and consider the time during which you are exposed to a particular temperature, but for this example we don’t need to.

Now, let’s talk about the articles like “The best ways to lose weight and keep it off, according to science”, “Kamala Harris the Favorite to Win Democratic Presidential Primary in 2020 Election” or “People actually earn a quarter more than in 1989”, “Last time this happened, the markets have fallen”. The titles of the articles were taken from businessinsider.com, actionnetwork.com, pravda.sk and silverdoctors.com (articles on pravda.sk are in Slovak, so the title was translated).

The first article tells us how to lose weight. But there is no relationship between eating food and body weight that would define the weight gain or loss for each individual as well. A lumberjack in Siberia needs to eat differently than an office worker, or an Olympic swimmer, or a child. Moreover, digestion and fat formation is different in a person who is eating twice a day, as compared to someone who is eating five times per day.

In the second article, the author tries to convince us of the idea that the election of the presidential candidate and the betting markets are so interconnected, that they are almost identical with the results in the elections. E.g. those who have bet on the negative outcome of the Brexit referendum or on the victory of Hillary Clinton in the presidential election in 2016 won’t easily forget about the betting odds and the real results.

In the third article the author infers the impression that by comparing an imaginary shopping basket with an average income, we can determine whether people earn more or less than they did in the past. It is forgotten that people not only buy food, they also purchase other items and furthermore, the variety and quality of foods has changed. Therefore, the relationship between average earnings and the average shopping cart does not say anything about whether we earn more or less. Only the term average should discourage anyone who wants to feel informed on the basis of the information submitted.

In the fourth article the author combined two completely unrelated events and then implies that the first event resulted in the other.

The best action we could take is to not even read that garbage. In the case of a correlation, the results should come from a clearly defined condition if there is something to condition this outcome to.

Why do we deal with correlation?

Because we can’t rely on a correlation when investing. The system is so complex that we can’t describe its behavior and the only thing that we can do is to minimize the risk of high losses.

In addition, we are talking about correlation because many sources publish articles that will imply that understanding and describing phenomena can be done only by their correlation. Various people try to argue in favor of their views in a way that combines two or more events that although they occurred at one time, but they don’t have to correlate. In other words, one event did not initiate or impact on the other event.

If everything was simple, the future would be predictable

Especially in economic issues and modeling, we come to many variables and to such a randomness that the system can’t be described in any way. If there is a Butterfly effect, then we definitely can’t make a clear conclusion. Even if we found a model that would work today, it would not guarantee accuracy tomorrow.

If we forget about the correlation and look at price changes as just one variable, it frees us from the amount of information that didn’t affect the price in the first place. And, instead of modeling the formulas for the future price, let’s concentrate on minimizing the maximum risk by using past price changes and get a bit of randomness into the „recipe“. A good example of too much information is Enel in 2018. The company has announced new infrastructure investments around the world, new contracts and expansions, but despite all the positive reports, Enel’s share prices have fallen.

For all one example – BTC

From a retrospective point of view, in November 2018 the purchase of bitcoin in December 2017 appears to be a highly irrational decision. However, if you used the Monte Carlo method in the winter of 2017 to simulate possible price trajectories, the price of 4800 or 5000 euros per 1 BTC would be far from the lowest.

Who tried to apply linear or other methods to predict BTC prices in the winter of 2017 was probably very wrong.

Therefore, using the Monte Carlo method, we knew ahead of the risks associated with the purchase of BTC in December 2017. We also knew about the risk of the price development of Enel’s stock. In the first case, we have come to a high risk, in the second to a smaller one.

That is why beauty can be found in simplicity. Monte Carlo’s mathematics is so simple and accurate that it’s unnecessary to read the latest news from the markets. Even if the Monte Carlo method does not guarantee a 100% knowledge of prices in a year or two, but you’ll know the odds and the risks (because if you have a real chance to fall by 90%, do not take the second mortgage for such an investment).

To get access to Monte Carlo simulations, just choose from the products that best suits you.

What assets are available for simulations?

If you are missing a simulation for a specific asset, please contact me.

This popup will close in: 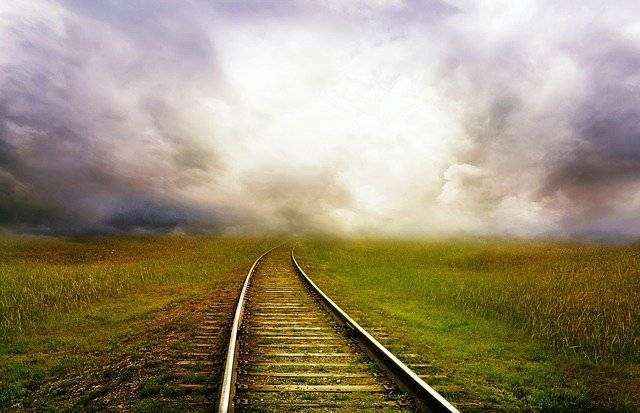